beautifulgarbage by Garbage (an apology)

I’m writing this because I want to apologise to you. I’ve always admired your power, your supreme fierceness, your talent. In the ’90s, you were a huge part of my life. You and the band were a soundtrack for voluntary self-distancing. I listened to your voice, took in your words, studied interviews carefully for your opinions. You loomed large in my world. There was you, Siouxsie Sioux, and Betty Boo. That could be the title of my future autobiography. I found you on MTV. It was Stupid Girl, of course. My sister (second eldest) found you the same way but with Milk. She was obsessed. Your band always looked fucking cool, which they were, and still are even now. Something about the destroyed visuals of Stupid Girl felt right to me. In some weird way, it fit my obsession with Riot Grrrl, ‘zines, punk, and grunge. Everything made sense. When I found Garbage (on CD at Our Price in Cumbernauld Town Centre), the pink feathered cover art with branded logo stood out, bright and bold. Yes, I thought, they’re mine. 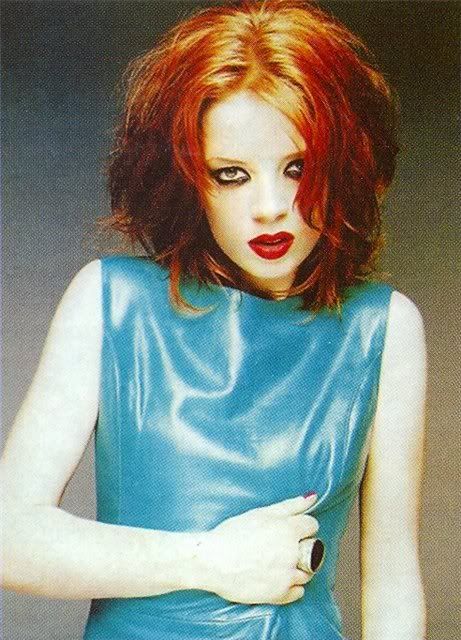 High school parties where everyone got drunk and I remained in the background, sober and bored, but kept there by your voice. The Romeo & Juliet soundtrack we passed around, so we could hear #1 Crush and Lovefool and You And Me Song. I look at the past like chapters in a book or a tracklist on an album. Each part has music there. For some of them, it was your music.

I Think I’m Paranoid came later and I played it until my ears rang. Tinnitus? Who cares! That only happens to old people. Push It was never off late night MTV, where you belonged, just like me. Version 2.0 arrived at the right time when I was off at college, bored and sober and drug free. Nights out. Me wishing I was somewhere else, somewhere better, but not quite knowing if that place existed. But at least I had your music. Loud, aggressive, supple, and sometimes even seductive, yet frightening too.

Then beautifulgarbage arrived. I loved Androgyny. I understood the album’s title reference (“It’s a lyric from Celebrity Skin,” I said to friends, showing off my knowledge, all gleaned from NME and Q or whatever magazine I could get with Garbage in it) and waited excitedly to buy your new record. Except… 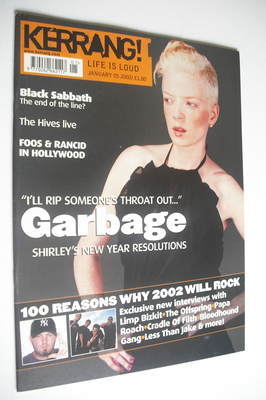 I saw you on the cover of Kerrang. You had a new hairdo and a new energy. I wasn’t sure. I thought it didn’t look right. What were you doing? Why did you do that to yourself? It looks stupid. And beautifulgarbage was a polished pop record, not what I wanted from you at all. I wasn’t sure this was for me. How could this have happened? Cherry Lips, Breaking Up The Girl, Shut Your Mouth. Nice songs, but were they Garbage?

And so I drifted.

Years later, I found you again. I listened to beautifulgarbage and now I know you were right all along. So this is my apology. I didn’t get it. Maybe I wasn’t ready? You knew what you were doing. You weren’t trying to be cool. Really, you didn’t give a shit what people thought of you and I applaud you for it. Goodness, your style is your style. Why the fuck did a haircut make me question your brilliance and your punk spirit? Girl group pop, rap, new wave, electronica…all of you made it into this album and not everyone understood that. I thought I knew you because I read interviews and watched videos. You were going through a divorce and in a transformative phase. Now I listen to beautifulgarbage and hear that in you. How did I not notice it at the time? I wasn’t evolved enough. I was still too distant from people and everything seemed like life or death, small differences in opinion were huge to me.

I can now listen to beautifulgarbage and appreciate it for what it is rather than what it isn’t. Why did I get it and you so wrong? I apologise. What an album! It’s a pop record but not pop like there was at the time or…let’s be honest…pop like we’ve got right now. The reason for that? Because it sounds like Garbage, just a more beautiful version of your sound. So I’m sorry for not knowing what I had at the time.