Nu-Metal was terrible, according to critics. It was masculine, posturing, witless, joyless rock that allowed everyone into the hermetically sealed world of metal. Actually, it did allow metal to crossover into the mainstream. In the early 2000s, it wasn't unusual to see a Limp Bizkit song in the Top Ten or hear Linkin Park's Hybrid… END_OF_DOCUMENT_TOKEN_TO_BE_REPLACED

I swore to everyone in my circle of friends that the future of rock music could be found on an album named Spit. Kittie, a feminine word that belied a decidedly loud band, were the new Hole. They would bent and bash inflexible Metal into exciting new shapes; they were IT and I loved them.… END_OF_DOCUMENT_TOKEN_TO_BE_REPLACED 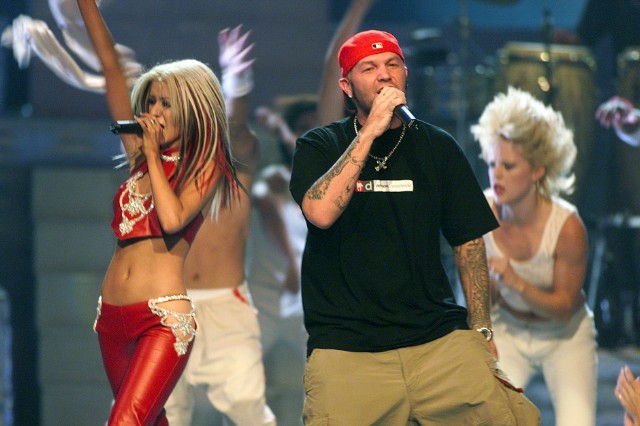 Nu-Metal. Everyone hates and disdains it, but for teenagers hooked on S Club 7 or Steps, it was poppy enough to lure them away from the fake smiles and slick dance routines, and loud enough that it appealed to their burgeoning - some might say inevitable - rebellious streak. Just like other genres of music,… END_OF_DOCUMENT_TOKEN_TO_BE_REPLACED