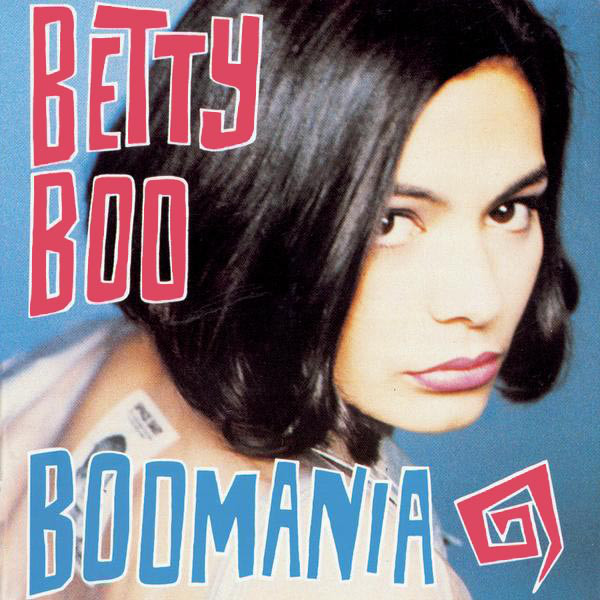 Every kid deserves their own pop star, that one superstar they can adore from a distance. As a child, I wasn’t short of icons to admire. There was The Doctor and Ace, who saved the universe from evil monsters each week on BBC1. Agent Dale Cooper was there for me even though he preferred coffee to tea and I distinctly despised coffee with all the unreasoning hatred only found in underdeveloped youth. Batman. Roald Dahl. Dizzy. Marcie Hatter. He-Man. The Three Investigators. Michael Myers. Nancy Drew. They were my childhood idols, people I could love ardently. All the others (Morrissey, Madonna, Siouxsie Sioux) were really handed down to me by other people: my sisters, my stepfather, my friends at primary school and so on. But the few I chose for myself are still with me, some more than others. Betty Boo seems an unlikely pop star to still be around on my iPod, but she has endured for a very simple reason: her debut album Boomania.

First appearing in the late eighties, I immediately knew Betty was for me. She made smart, catchy pop music that a child could sing along to in a faux American accent. Her videos were bright cartoons full of pop art imagery and insubordinate (in the eyes of a child) attitude. She looked cool. She acted cool. No-one could fuck with Betty Boo. As part of the British pop industry’s promotional circuit, Betty appeared on the usual TV shows, mostly Saturday morning children’s programmes like Going Live! which of course I watched when Ghost Train wasn’t on ITV. A rite of passage on Going Live! was to be harassed by resident comedic duo Trev and Simon. I disliked them as much as I did cups of coffee. Remember, I was a child. I hated everything for no reason. Betty didn’t seem to like them either. “I’m outta here,” she told them during one sketch. “See ya.” I just knew her album would be amazing. This and all the singles were beyond-this-world brilliant pop music. Hey DJ! I Can’t Dance, Where Are You Baby? (Possibly one of the all-time greatest pop songs ever). Doin’ The Do. Really, a holy trinity of pop music and all on the same album.

Away from the hit singles, Boomania throws up a few surprises. There’s an instrumental called Boo’s Boogie, a Kylie reference in Doin’ It To Def, a dance floor ballad Betty sings called Don’t Know What To Do, and a song called Shame that sounds like an odd indie disco song with spoken word and whispers. Then there’s 24 Hours, another single that wasn’t quite as successful as the others. It was chosen over Mumbo Jumbo which sounds like it should have been the successor to Doin’ The Do and Where Are You Baby? but somehow didn’t make it off the album. Not that the album needed it. Boomania was a hit, and coming from an independent label (Rhythm King), that’s all the more extraordinary. Melding pop and hip-hop, Betty felt like a sign of things to come. Apparently, she recorded the demos of the album in her bedroom, prefiguring the typical bedroom DIY pop star years before such a thing was commonplace. She became Madonna’s favourite pop star for a while, which was a bonus for me. If only they’d worked together! Later, in the ’90s, Betty nearly signed to Madonna’s label. It didn’t happen. As a child, I chose her. As an adult, I’ll support her. Gigging again after years working behind the scenes, I expect we’ll see Betty return again at some point. She’s simply too excellent to fade into the background on behalf of other artists. For now, there’s Boomania, the perfect album to push back against the Lockdown gloom.