Me & Mr. Cigar by Gibby Haynes

My first published novel was a Young Adult book called Conjuring The Infinite, a sort of greatest hits package of everything that freaked me out as a child. There’s a bit of Twin Peaks, a little Stephen King, and a smidgen of Doctor Who. Basically, I wanted to write the weird books that the teen version of me would love. Not easy back in 2014. Weird YA that was rare. The genre was mostly supernatural romance stories with love triangles (Twilight) or fairy-tales retold for a new audience.  At the same time, at the other side of the world, a weird little YA book called Grasshopper Jungle came out. I read it a few years later, but in terms of sheer oddness, it was doing what I wanted to do – but with a far bigger audience, of course. I was initially attracted to the YA genre because there was a sense of freedom about it, that you could write whatever you wanted. It didn’t stay that way. Sensing an audience ready and willing to eat up young fiction, the industry started eating itself, putting out similar stories (dystopian fiction) with similar concepts and similar cover art. For someone who loved the possibilities offered by Young Adult fiction, I was quietly crushed. Worse.Endless Empress, my second book for teens was so weird (and a bit unreadable) that it failed to capitalise on the success of my first book. By then, YA was already changing, and so were my feelings for the genre. 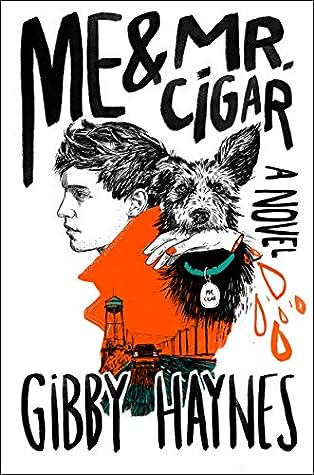 Years later I’m about to release my first novel for adults. Yet sometimes, on occasion, I find books written for the Young Adult audience that remind me why the genre can be so exciting, how it can push boundaries and imaginations if done right. Me & Mr. Cigar is one of those books. I’m not surprised. It was written by Gibby Haynes, the iconic frontman of Butthole Surfers. They nearly penetrated the mainstream in the ’90s, being on the Romeo & Juliet soundtrack, scoring the closest thing to a hit single they’d ever have with Pepper. This happened in the ’90s. Weird bands with weird songs got hit records. No band was stranger than the Butthole Surfers. Their albums weren’t just music, they were psychic assaults that you ended up enjoying. Rembrant Pussyhorse is an audiobook edition of The Texas Chainsaw Massacre, but funnier. Psycho-delic music and well worth your support.

The audience who will read Me & Mr. Cigar will likely not know about Gibby’s band. They’re approaching this as a cool looking book on a shelf in their library. Divorced of that context, does this novel hold itself together. Yes, completely. Gibby is a talented writer, his ideas well-communicated, the storytelling vivid and illustrations eye-catching. The chapter titles alone (The Bridge Over The Root Canal, The Girl With The Drug-Selling Eyes) sound like the tracklist to a particularly raucous album. Many reviews for this book describe it as profane, which it most certainly is, thank goodness, but it’s also very sweet in places. It isn’t shocking for the sake of being shocking. The layout of the book itself is gorgeous, with bright colours (probably by Gibby himself) and nicely arranged pages. The hardback edition is a treat to hold in your hands. 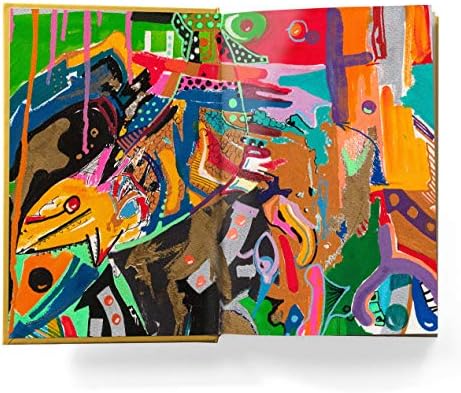 Me & Mr. Cigar starts off with a kid named Oscar who finds a stray dog. They bond, becoming partners in crime (literally), and we follow them as Oscar grows up into a rave promoter and drug dealer. Without telling too much of the story, giving away the details, it’s a coming of age story in the most traditional sense with not so traditional characters. This is just your everyday story of a boy with his immortal telepathic dog, I suppose.

If you’re a librarian (I know some of you read this blog), then I’d order copies of this book into your schools. If you want readers, this is the book they’re going to read. It feels very much like a druggy version of a Barry Hutchison book, the stuff published by Nosy Crow. Of course adults can read Me & Mr. Cigar too. The best Young Adult fiction speaks to everyone, because everyone can relate to being young even when you’ve long since left those years behind.

Buy it at Waterstones.

Buy it on Amazon.