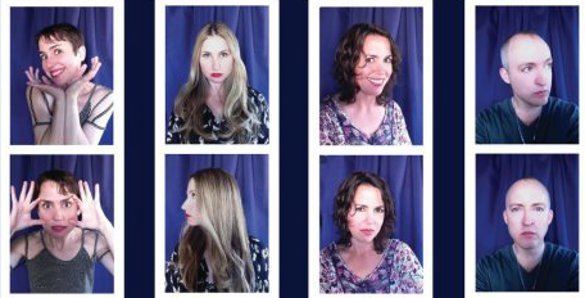 When I was a mini me back in the 90s, nothing turned me away from a record quicker than two little words. And these words? Concept album. I associated concept albums with bloated, overindulgent white rockers dressed as wizards playing right-on music about King Arthur. Race memory, the passing down of wisdom from other punks, taught me that concept albums were bad because they were the vehicle for long haired hippie rockers, the sort I despised. A hangover from 70s prog rockers, these albums were crammed with interminable guitar solos, the music that made me dream of death, songs filled with ‘epic’ keyboard washes, the sound of which haunt me in my darkest dreams. But punk eventually got in on the idea of a concept album. Themes, ideas and concepts were brought together by Husker Du to tell a larger story in their classic Zen Arcade. Liz Phair’s classic Exile In Guyville was apparently a response record to Exile In Main Street. Bowie also helped make the idea of a concept album more appealing to me with 1.Outside.

Totally Crushed Out by the perennially underappreciated That Dog also let me appreciate the potential of a concept album. Not every concept record needs to be experimental or fixed on a strict linear theme. Sometimes it can be the basis to frame simple (but effective) power pop. In this case, the passion and drama of teenage crushes. I found Totally Crushed Out in the Glasgow branch of Borders and the cover – a parody of a teen romance novel – made me take notice. I didn’t read teen romance, but I wanted to write weirdo cult books for young people (even back then) and so this seemed like a fusion of two principle interests of mine: books and alt-rock. The lyrics are presented as chapter titles in a book, a nice visual touch on an album where everything works together from the packaging to the songs to the visuals.

One of the reasons I love That Dog is that first and foremost they wrote brilliant songs. They’ve never really been appreciated the way I feel they should. That this album didn’t make them one of the biggest bands on MTV is something I’ll never understand. Literally every song on Totally Crushed Out could is single-worthy. Each track offers something different. You want bright perky pop? He’s Kissing Christian (a gay love triangle anthem), Lip Gloss and One Summer Night are your bag. You prefer moodier, more introspective fare? Silently and Rock Star (an opus at seven minutes thirty seconds) are perfect for you. Then there’s Michael Jordan which sounds like the backing track to a nervous breakdown. There’s even crazy viola. How could you not love crazy viola?

I don’t turn away from concept albums now. But not all of them can match up to Totally Crushed Out. I’m still looking and listening though. Maybe I’ll find something as enjoyable as this album. Maybe.

Totally Crushed Out is available to download on Amazon Music.

2 thoughts on “Hall Of Fame: Totally Crushed Out by That Dog”