Hall Of Fame is the strand of this blog where I discuss my favourite things. It might be a book, an album, a movie or a video game. 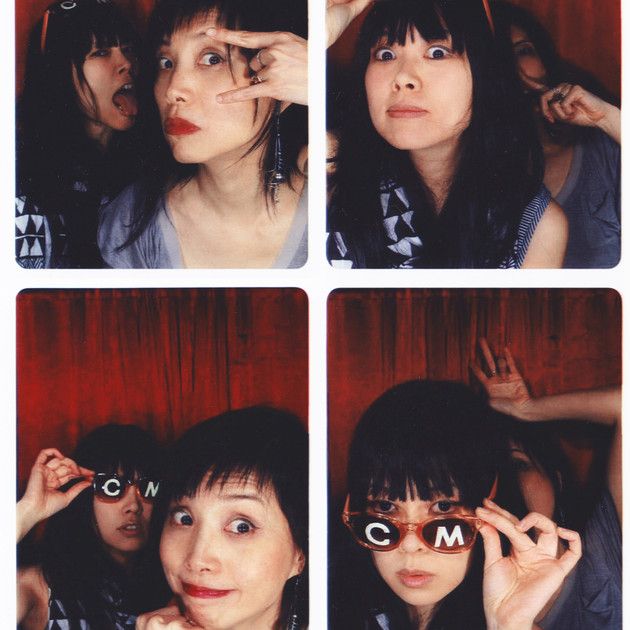 Can you imagine being the A&R man (or woman) responsible for signing Cibo Matto? Here’s the concept: two Japanese artists, one rapper and a multi-instrumentalist, in a band with an Italian name and an album of songs all about love and food. It doesn’t sound like the easiest band to sell to a major label, yet that’s exactly what happened. It shouldn’t be that surprising though, because the ’90s was a strange time for music. The overthrow of the music industry hadn’t yet happened. Tower Records still existed outside of Japan and Napster hadn’t changed the way we consume music.

The American underground was thriving with a dazzling array of bands without creative boundaries. Beck had managed to break through and the Beastie Boys were rewriting the rules of rap. Into this category fell Cibo Matto. Their debut album might have waxed lyrical about food and love (something that led to them being dismissed as gimmicky) but the ingredients in this musical mash were lavish; bossa nova, rap, hip-hop, jazz, pop, rock and Shibuya-kei were among some of the sounds Miho Hatori and Yuka Honda cooked up in the studio. The results were remarkably fresh.

Taking Asian stereotypes and hurling them back at the listener with ironic pizzazz (In particular Birthday Cake with the lyrical jab “You were born in the sixties/We made a war with the Vietnamese/We loved LSD, we died easily/Can we just say c’est la vie?”), Cibo Matto proved they weren’t going to be easily categorised. Though experimental, Viva La Woman turned out several proper pop songs, the centerpiece of the album being Sugar Water, a gorgeously evocative track that – yes – soundtracked Buffy dancing with Xander in The Bronze. Buffy The Vampire Slayer was a huge cultural force by that point in time, with The Bronze being the setting for vampy shenanigans. It also provided a platform for bands such as Cibo Matto to ‘perform’ and get young Buffy fans into their music. In many ways, American underground/alt bands received more promotional support from Buffy and Joss Whedon than they did their own record labels.

The album also shifts from genre to genre, skipping across various moods, usually in one song. From the sublimely brattish Beef Jerky (“Who cares/I don’t care/A horse’s ass is better than yours!”) to the ambitious inventiveness of Theme (a ten minute long urban jazz song that starts in English before veering off into Japanese, French and Italian), and even a Willy Wonka And The Chocolate Factory cover in the form of The Candy Man.

Cibo Matto built a cult following with Viva La Woman and toured extensively. Sean Lennon joined the line-up for a short period and helped out on their second album Stereo ★ Type A, which was as ambitious as their debut, but less exciting. Cibo Matto eventually split after the lukewarm commercial reaction to their second album, but their cult was so strong that Miho and Yuka reunited for concept album called Hotel Valentine about (yes, more food references) a banana ghost living in a hotel. Then they split again. Years later, long after Viva La Woman appeared in my life, I still find myself returning to it, always finding new things.

Ultimately, I’d say Viva La Woman is an album in evolution, a feast that always leaves me hungry for more. I’m never ever disappointed when I listen to it again.

One response to “Viva La Woman by Cibo Matto”