Divine, Kurt, and Ricki Walk Into A Bar…

Divine, a larger than life drag queen, was more bombed blondshell than blond bombshell. But it didn’t matter to me. From the moment I saw her during a late-night broadcast of Female Trouble, I knew she was something different. I mean, we all knew. You couldn’t deny the punk weirdness of a fat drag queen with painted eyebrows and a voice that could be turned on terrorists. Later, when I discovered Divine had a side-career as a popstar (!) I knew that I’d love her songs no matter what. Most contemporaneous popstars of the 80s used their voices to hit notes and sing songs. Divine hit notes too – only she battered fuck out of them, screeching, howling, snarling. You couldn’t actually call Divine a singer, but she had a great punk rasp. Divine, a punk icon of underground cinema, actually made it onto Top of the Pops. Can you get more subversive than standing in the middle of the stage, looking like the Michelin Man at the worst Stag Do ever, slapping away balloons?

Divine as an actor was a brilliant talent, very underrated. Trouble In Mind is a lost classic; Divine plays the role out of drag, but there’s a real slimy evil about his character in the film, and every scene he’s in (not many) he conquers effortlessly.

It wasn’t easy to get John Waters movies back in the 90s. Video shops (yes, they were real) stocked Cecil B. Demented and Cry Baby, but nothing with Divine. Not even Hairspray, which wasn’t the huge musical it is now. You would be lucky to get a repeat of it on Channel 4, but when it happened, I made sure I was up and watching. In terms of music, I discovered The Way Of The Vaselines, a compilation album of every song ever recorded (at that point) by The Vaselines. A Scottish band on Sub Pop sold back to someone in Scotland. Confusing, but ultimately worthwhile. On the tracklist was their cover of Divine’s class pop opus You Think You’re A Man, which of course made me snatch it up and buy it. I listened to it on the way home thanks to my crappy CD Walkman. In the booklet along with the lyrics, Eugene wrote “We always loved John Waters. Hi-NRG is the best.”

But it all connects, because Kurt Cobain rated The Vaselines as probably his favourite band ever and he also adored a certain drag queen who came into the spotlight after Divine’s untimely death. 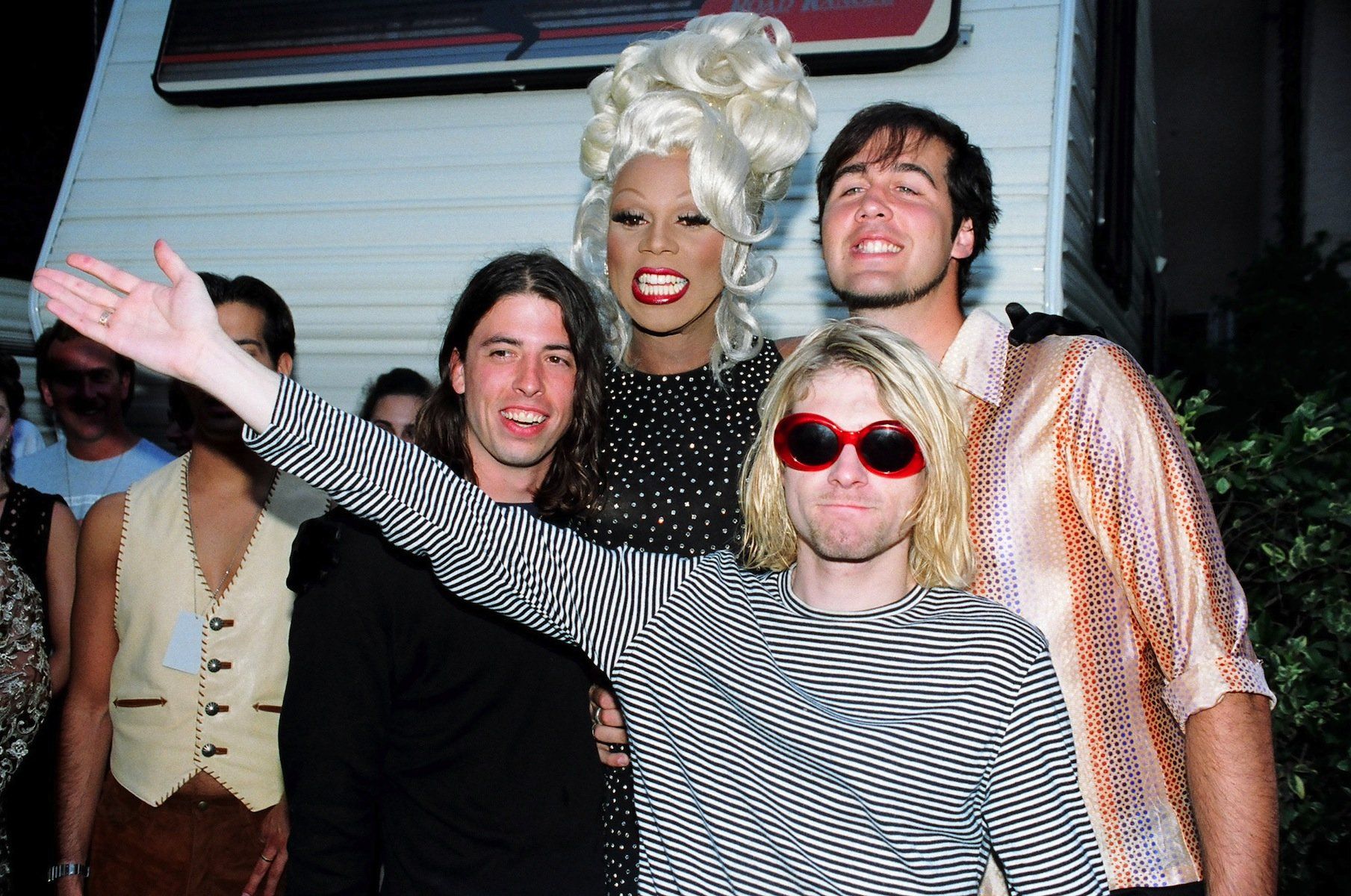 Watching Divine movies inevitably led me to Hairspray, which led me to another icon of mine Ricki Lake. I was obsessed with The Ricki Lake Show because Ricki started off as a John Waters muse. The Ricki Lake Show was MUST SEE TV back in the 90s and I watched it religiously with my sister. Camp, ridiculous, sometimes hard-hitting, it was also a place that showcased drag queens in New York. RuPaul appeared on an episode. Heklina was there at the start of her career. Even Pandora Boxx and Darienne Lake too. The Ricki Lake Show was The Wendy Williams Show of the day, except the host clearly cared about people.

I’m convinced the term ‘snatching wigs’ came from this episode.

Please don’t correct me if I’m wrong. Let me believe it.

Female Trouble is available to buy in America as part of The Criterion Collection. It isn’t available here in the UK, but Multiple Maniacs is out. It’s filmed in black and white, but it doesn’t matter. It’s brilliantly barmy, a preposterous masterpiece.

So many interconnected passions of mine have led me to other icons. Singers, songwriters, novelists, actors, film makers, drag queens, cartoonists, and many others…you can start with one artist and end up discovering many others. It’s exciting, isn’t it?